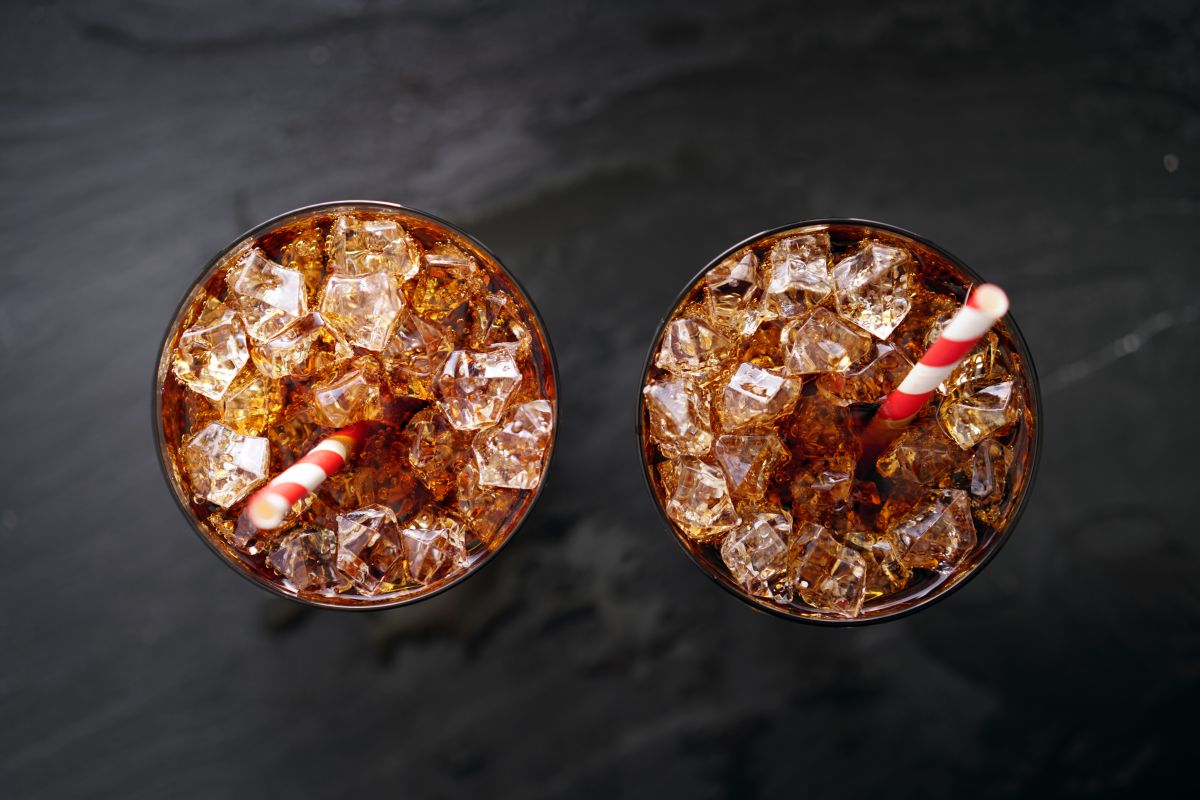 Drinking soda / soft drinks is a big part in our lives. But can you still drink soda if you have a fatty liver? Look no further, in this article, we will review the effects of these drinks on someone with fatty liver disease!

You should stop drinking any type of soda or soft drink that has added sugars, if you have a fatty liver. The high amount of sugar contained in this drinks is extremely unhealthy for those suffering of NAFLD, as we will see in detail below.

We already know that sugar consumption should be eliminated once you’ve been diagnosed, and soft drinks have plenty of it. Studies have shown these drinks to be independently linked to the development of fatty liver disease in absence of other risk factors.

It is therefore advised to drink them in moderation in healthy individuals and best avoided in those with a confirmed diagnosis of fatty liver disease.

Types of Soft Drinks You MUST Avoid

Most people quite commonly drink them to quench thirst and I believe you have been among these people now that you are wondering if they are bad for fatty liver disease.

There are various types of soft drinks, some more harmful to your health than others.

In this article, I am considering “soft drinks” all the types of drinks that contain water, sweeteners (usually sugar, but also fructose and others) and fruit syrup or flavors. Often they are also referred to as soda.

Diet sodas have a low amount of calories (and no sugar – or very small amounts of them) while regular drinks are calorie dense and high in sugar. However, both have little to no nutritional value.

Are Soda & Soft Drinks Bad if You Have a Fatty Liver?

Yes, you should stop drinking soda / soft drinks if you have a fatty liver. They are high in calories – most of them coming from sugar, which is extremely bad for our livers (and general health).

As an alternative, I recommend switching to lemon water, which tastes really good and will even help you get back in shape.

Can You Drink Diet Soda if You Have a Fatty Liver?

There is conflicting evidence on this matter. Some studies found no link between drinking diet soda and fatty liver, while others concluded that even diet soda consumption can increase the risk of developing a fatty liver.

I personally drank diet soda while having a fatty liver and I continue to have it even after reversing my condition. But I keep the amount of diet soda that I drink to a minimum.

This means that I will drink at most 1 can per day and I won’t drink it every day. I keep drinking soda for special occasions mostly and I will never drink it two days in a row.

However, just like with other types of drinks, I would say that it is best to keep it safe. So unless you want to expose yourself to an unneeded risk, you should not drink any diet soda if you have a fatty liver.

Ready my previous article for some advice on what to drink if you have a fatty liver.

Harmful Effects of Sodas You Should Know

The fatty liver disease, especially non – alcoholic type has been commonly associated with metabolic syndrome in up to 70% of cases.

Soda and soft drinks have been linked to the development of metabolic syndrome, diabetes, and obesity due to their sugar content and calorie amount.

Metabolic syndrome has been described to include: lipid dysregulation, abdominal obesity, high blood pressure levels, and insulin resistance. All these abnormalities have been associated with at least an ingredient of soft drinks or soda.

The high fructose corn syrup amount in soft drinks has increased over the years because it is cheap.

Fructose in the drinks also contributes to the development of fatty liver. It facilitates lipogenesis and delivery of fatty acids in the liver and accumulation of these fatty acids result in fatty liver.

It also causes inflammation that contributes to the progression of fatty liver to steatohepatitis and then fibrosis.

Due to the high amount of fructose or sucrose, adipose tissue that is meant to store excess fatty acids in the body overfills rapidly.

Excess fatty acids are then present in circulation contributing to inflammation and some are stored by other organs including the liver. They are converted to triglycerides in these organs which then contribute to fatty liver.

The drinks also contain sweeteners like aspartame and colorings like caramel which can lead to the development of inflammation and insulin resistance. Aspartame can also contribute to weight gain and type 2 diabetes.

In conclusion, sodas and soft drinks, apart from hydration has no nutritive benefit for anyone.

It is worse in someone with fatty liver as its components including sweeteners and calories that contribute to the progression of the disease and its development in healthy individuals.

Commercial soft drinks popularly known as soda, pop or by other names are not good for fatty liver. As long as they have sugar added (and, as we’ve seen – even those with artificial sweeteners) they are not safe for the liver and should be avoided.

They have also been associated with developing other conditions like diabetes mellitus, obesity, and lipid dysregulation, which are risk factors for developing fatty liver.

I know it’s never nice to hear that you have to cut something new off your list of allowed foods and drinks, but it has to be done if you want to get healthy again.