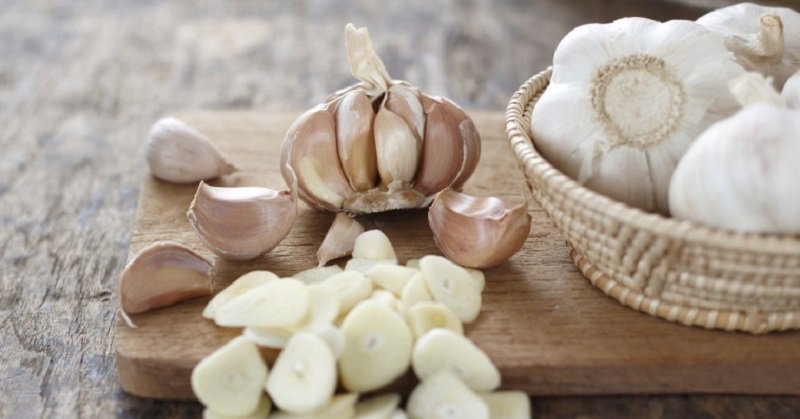 I grew up in a family that has some strong opinions about garlic: while they praise it for its health benefits, at the same time they say that it harms your liver. It’s not uncommon to hear others make the same contradictory terms.

You can imagine that, when I was diagnosed back in 2014 one of the first things that I cut off my diet was garlic. But since then, I reversed my fatty liver so I learned some things along the way.

So… should you stop eating garlic when you have a fatty liver? That’s what we’re going to find out in today’s article.

I was several months into my diet to reverse fatty liver when, talking with other people on the fatty liver support group on Facebook, I heard them say how they keep eating garlic for its health benefits.

As it was something that was completely opposite to what I knew until then, I started to do my own research to find out who is right: those who claim that garlic is good for your liver or the other group.

The most trustworthy sources for me were official studies done by qualified researchers – and you might be surprised to find out that there’s a lot of them available (I sure was!)

One of these studies, conducted recently in Mexico, found out that alliin, a fresh sulfoxide that’s a natural component in fresh garlic, reduced inflammation markers and improved metabolic parameters without affecting others.

While the study has been conducted on mice only, it actually tells that garlic (through its alliin) has the potential to reduce inflammation – including that of the liver.

However, another study – this time conducted in 2006 and also in mice – found that high and very high dosages of garlic homogenate (above 1 gram per kilogram) actually had liver damage and a deterioration in liver function tests.

However, the same study found out that lower doses of up to 0.25 grams per kilogram caused no liver damage. They did not test for potential benefits though.

Now, nobody would even eat that much raw garlic each day – for an adult male with a weight of 70 kilograms (154 pounds), even 0.25 grams per kilo would mean 17.5 grams of garlic per day.

Having in mind that a clove of garlic weighs around 3 grams on average, it means that eating 6 cloves of garlic per day would still not do any damage to one’s liver, according to the study’s findings.

And that shouldn’t be too difficult, even for those who really love the taste of garlic!

Does this mean that garlic is good for fatty liver?

I could not find any research to back up the claims that garlic is healthy for a NAFLD. There are studies about the general benefits of eating garlic, but that would be all. For some, this should be enough.

It’s up for you to decide if you want to continue eating garlic after being diagnosed. There’s a big jump from “you need to eat a lot each day to cause liver damage” to “it’s healthy for your liver,” right?

However, apart from the first quoted study, there are many doctors and experts who praise garlic for its health benefits, including those on the liver.

According to an article on LiveStrong, for example, garlic has the powerful antioxidant alliin, with antibiotic and antifungal effects.

It is also rich in other similar sulfur-containing compounds, like ajoene, all of them with supposed benefits to the liver’s health.

But things don’t stop here! Garlic is an important source of Arginine and Selenium as well, which help the liver in detoxification and helps lower blood pressure in the liver.

It’s basically the antioxidant value of the garlic that helps the most since they help keep levels of toxic substances in your body low.

In order for garlic to maintain all of its beneficial properties when it comes to the fatty liver, it should be consumed fresh and crushed, chopped or minced.

When adding it to thermally prepared food, add it last, after the cooking is complete otherwise it will lose many of its potentially beneficial properties and enzymes.

Most experts seem to agree though that garlic indeed helps maintain one’s health, including that of the liver, thanks to its various properties when consumed with moderation.

After finding these things, I added garlic back into my diet and it definitely didn’t hurt as several months later I had reversed my fatty liver.

At the same time, I am certain that it wasn’t the garlic that helped me reverse my condition, as I still ate small quantities every now and then. But it sure didn’t make it worse either.

So under no circumstances I consider garlic a miracle cure for NAFLD or anything like that. There is no official medicine for reversing this condition, but all of those who did managed to do it by following a strict diet and eating healthy, as well as becoming more active through exercising.

There is no easy way here, but at least according to the quoted research and studies, as well as and my own experience fighting against this condition and reversing it, garlic doesn’t seem to harm you as long as you eat couple of cloves each day (or less often).

In other words, I would consider garlic nothing more than a great ingredient to use when cooking healthy food at home, to improve the flavor of our somewhat limited diet.

But do listen to your body: if you feel unwell after eating it, you should stop having it in the future. (Do make sure it’s the garlic that is causing problems, not other high fat/sugar food that you had).

Now back to you – what do you think about garlic? Is something that you keep having – like I did and still do every now and then – or you have removed it from your diet entirely?

1 thought on “Fatty Liver and Garlic: Should You Avoid It or Eat More?”