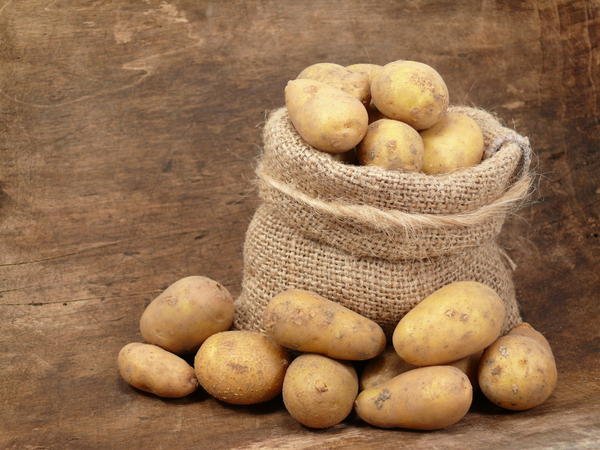 Ah, what would life be without potatoes? Well, if you’ve just been diagnosed with a fatty liver, you might soon find the answer to that question first hand because potatoes and NAFLD are not best friends – on the contrary!

Fortunately, you don’t have to say goodbye to potatoes from your diet, nor do it for a long time if you do it right.

But to make things clear, we’re going to talk about potatoes and fatty liver in this article and answer the burning question that many of us have: are potatoes good or bad for fatty liver?

We have already touched the “potato / NAFLD” subject a little bit in our article recommending the best diet for a fatty liver, but things are actually a bit more nuanced and it’s better to dedicate an entire article to this topic.

When you first start learning about the diet and lifestyle adjustments you have to make after being diagnosed with a fatty liver, you are most likely told that you have to cut off fats (and if you are lucky, sugars too).

Although this is indeed what you have to do, it is by no means enough: reducing fat consumption is just one of the steps that you have to take. Keeping an eye on carbs (or carbohydrates or sugars) is also extremely important!

Why? Well, because excess carbohydrates turn into fat too! Some even say that carbs are even more dangerous than fat itself, as our body goes the extra mile to synthesize them into fats – and it’s the liver itself that does all this!

And guess which food is also high in carbs? The good ol’ potato!

Why are potatoes potentially bad for fatty liver?

Please, before anything else, note the use of the word “potentially”. We’ll get back to this later! But until then, here’s the bad thing about potatoes:

– a single medium sized potato will have anything between 25 to 35 grams of carbs (you can check out all the nutritional values on Wikipedia).

Since a healthy adult should consume about 130 total carbs daily, it means that eating a single medium sized potato would already give you at least 20% of the daily carbs a healthy body needs.

It would be safe to assume that somebody who isn’t healthy (as in having NAFLD) will actually have to eat even fewer carbs each day until they reverse it.

But that’s not all! Things become a bit more complicated, because we eat potatoes cooked in an unhealthy way: frying a potato or even eating boiled potatoes with melted butter and cheese turns them into a caloric bomb that’s extremely unhealthy!

This turns our medium potato into something that has far more unhealthy fats, as well as potential other sugars from the dressings we put on top.

However, as I said earlier, a potato is just “potentially” bad for a fatty liver (and for general health).

If you boil or bake a potato and eat it without adding stuff that makes it unhealthy (fats, usually), it shouldn’t be a big problem, on the contrary: you’d get a bit of variation to your diet and a pleasant taste!

If you haven’t tried eating potatoes that are just boiled in water or baked, give it a try: you will be surprised to see that the taste is still good!

Of course, you can add a bit of salt to improve the taste and all sorts of spices to make it taste better (I usually add paprika powder and turmeric, but you can also add oregano, rosemary or basil – basically, any spice you enjoy!)

You should not eat potatoes daily and you should divide potato consumption in two phases: the strict phase, which lasts for one to six months – the first months of your diet – should only include potatoes every now and then.

Afterwards, ideally after you have reversed your fatty liver, you can start adding potatoes to your meals: half a potato in a soup or stew, an entire medium sized potato to your meal a few days later – all these are acceptable as long as you don’t eat them too often.

Try to only eat once or twice per week and keep the portions as small as possible. Always mix with other vegetables or lean meat in order to have variety.

Cooked without added fats and sugars, potatoes still have a high amount of carbs due to the starches inside them, but they also offer a solid nutritional value: they have a bit of fiber and protein, but also larger quantities of iron, potassium, vitamin C and B6.

What about Sweet Potatoes?

I always assumed that since they are “Sweet,” they have a lot more carbs than regular potatoes and therefore should be completely ignored. As a result, I haven’t touched sweet potatoes for months.

But after doing extra research, I found out that Sweet Potatoes are very similar to regular potatoes in terms of carbs (around 20% carbs). They also have a lot of vitamins and minerals – in some cases more than regular potatoes.

This means that they shouldn’t be treated as a separate entity from regular potatoes. They’re basically the same thing – not less healthy, at least. You can check the full nutritional values and more about their health benefits over at Heathline.

Just like with most of the foods out there, potatoes or sweet potatoes and fatty liver follow the same rule: moderation is key.

They are potentially unhealthy if you eat them together with unhealthy foods – but the same goes for spinach or tomatoes or anything.

Put a bit of kale in a melting soup of cheese and honey and you’re not eating healthy! You get the idea…

Although potatoes are potentially worse than most vegetables you can eat when on a diet to reverse NAFLD, you can still keep them in your diet and eat them boiled or baked so you don’t have to completely wave them goodbye.

1 thought on “Are Potatoes Good or Bad for Fatty Liver?”