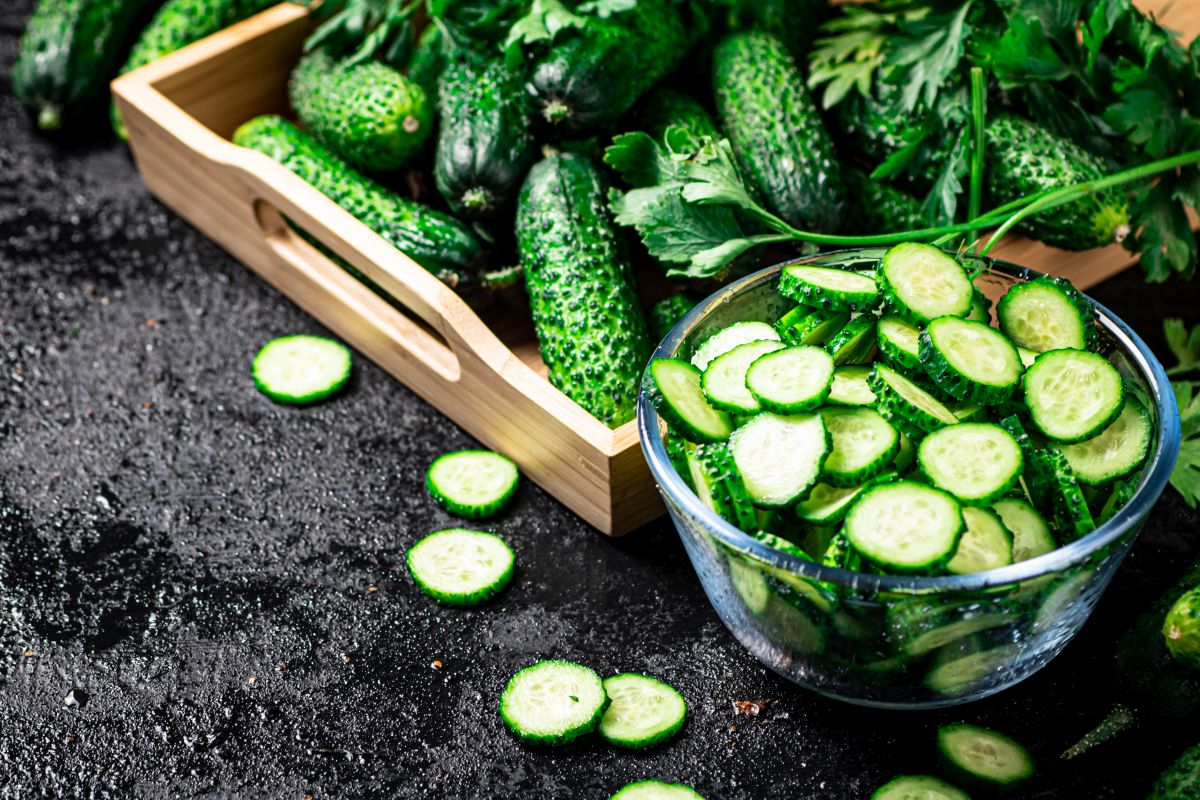 After being diagnosed with a fatty liver, you must avoid so many foods that you might end up wondering whether you’re allowed to eat cucumbers or not. It’s good – better safe than sorry!

In this article, you will get all the information you need to know about the consumption of cucumbers when you have fatty liver disease. But if you just want the answer and not all the details, here is what you need to know.

Cucumbers are among the foods recommended for individuals with fatty liver as they are low in calories and carbs, while also offering various other nutrients that are beneficial to our bodies.

According to this study, as well as various others (including my own experience in reversing the disease), cucumbers are an important part of the Mediterranean diet which many – myself included – consider the best diet for reversing fatty liver.

Why Is Cucumber Good for Fatty Liver Disease

Raw cucumber can be considered really healthy overall. Unlike avocados (which are still good for fatty liver), or unlike potatoes (which should be avoided), they are very low in calories, but have a high content of water and other nutrients.

For example, a cup of sliced, unpeeled cucumbers (around 100 grams) only has 16 calories. This is really low, but true because a cucumber is mostly water.

The same amount also offers your body Potassium, Magnesium, and vitamin C in various amounts (around 5% of the recommended daily dose). It also has a small amount of Iron, Calcium, and vitamin K.

Overall, cucumbers are not exceptionally nutritious but they taste good and have a really low amount of calories, which makes them a great choice for a fatty-liver-friendly diet – especially when it comes to adding some variety to what you eat.

How to eat cucumbers if you have a fatty liver?

Eating cucumbers raw – either alone or as part of various salads – is the best way to add them to your diet. You can eat them in larger quantities without worries (2-4 cups each day can be considered safe).

Make sure that whenever you eat them, you don’t add any unhealthy dressings or anything that adds too much extra fat or carbs/sugars. Stick to using extra virgin olive oil and apple cider vinegar. This is all you need!

Can you eat pickled cucumbers too?

Pickling would be dangerous for liver health due to its high sodium levels, mainly. Sodium will result in retention of water in the body causing kidney damage and as a result through various processes, causing liver damage that could make your fatty liver worse.

On the other hand, we have benefits from the probiotics contained in pickles (cucumbers included), as well as the help they offer us to lose weight.

It is therefore advised to eat cucumbers fresh and whole if you have NALFD, just to stay on the safe side.

To read both the Pros, as well as Cons of pickled cucumbers and better understand risk vs rewards, you can go more in-depth with this WebMD article.

In conclusion, raw cucumbers are definitely a great addition to your fatty liver diet. Even pickled cucumbers can be beneficial through the probiotics in them to improve gut health resulting in a healthier liver.

They are therefore not to be excluded from the diet, but should instead be taken in moderation to avoid the progression of fatty liver disease.

One thing to note is that store-bought cucumbers, but even those in farmer markets can be full of pesticides. These would hurt the fatty liver even more, so unless you know for sure they have no pesticides on them (like from organic ones), it’s safer to peel them before eating.

And this would be all about cucumbers and fatty liver. If you still have questions or any other comments to make, don’t hesitate to post a message below!