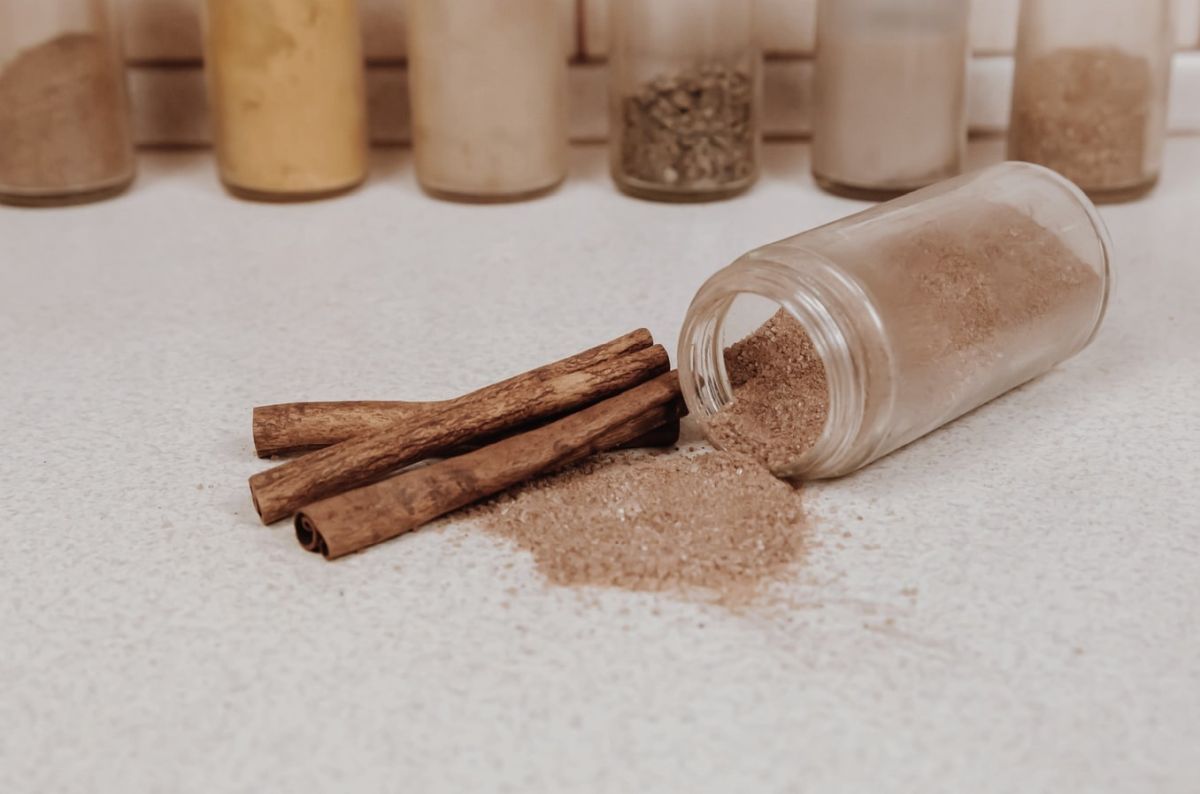 Cinnamon is considered to be not only tasty, but also extremely healthy. Ask anyone around and they will say that, without doubt, cinnamon is healthy.

But is it really? And most importantly, is cinnamon good for you if you have a fatty liver? This is what we’re going to talk about in today’s article!

There are two different types of cinnamon – one healthy and good for the liver, one not. Unfortunately, most of us consume the latter without even knowing that we’re harming our liver.

Soon after being diagnosed with NAFLD, I introduced cinnamon – and in large quantities – to my slightly modified Mediterranean diet.

I knew that it has multiple health benefits and it helps us in reducing inflammation, reducing insulin resistance and lowering blood sugar levels, as well as many other benefits not related to the liver. (Source here)

It seemed like an obvious choice, so I started having it daily. Until I stumbled upon an article claiming that cinnamon is actually… toxic. Apparently, it is doing a lot of harm to our bodies, including extra damage to the liver.

Two very different conclusions, so which one is correct?

Believe it or not, it seems that both are correct, because there are actually two types of cinnamon that you can have: the Ceylon Cinnamon and the Cassia Cinnamon.

They are very much alike (especially when it comes to taste), but the latter is the one that can do harm to your body and especially the liver.

After doing a lot more research, you can easily find that the regular cinnamon – the one that is most commonly found in shops – is the unhealthy option.

Fortunately, the other type of cinnamon – the Ceylon one – is the one that has all the antioxidants and benefits and is really healthy.

In terms of taste, the difference is minimal and I never was able to really say which one is which by tasting them. But they do look very different, as you can see in the image below:

Now, the problem is that most cinnamon comes in powder form and not sticks, but you can still identify it by reading the list of ingredients. On most occasions, the photo on the packaging alone will tell you which type of cinnamon you’re getting.

But if you check the list of ingredients, always look for it to be “Ceylon cinnamon” or variation of this. Sometimes, it is also listed as Cinnamomum verum.

Why is cassia cinnamon bad and Ceylon cinnamon good?

The regular cinnamon (cassia) is cheap and based mostly on this reason alone, it is the one that you normally find in stores and also the one used in restaurants and the food industry.

It has a strong flavor – and we actually consider it the “real” flavor, even though the better option is the Ceylon cinnamon, which has a lighter taste and is less bitter.

However, it’s not taste that should be considered to be the main difference between the two types.

The main problem of the Cassia Cinnamon is that it has a higher concentration of Coumarin which, if consumed in large quantities, can cause liver damage in some sensitive people.

And since we are suffering already from NAFLD, we might be in that “sensitive” category.

(If you want some authority sources on the toxicity of Coumarin, you can read all the details in this Medical News Today article or on Wikipedia)

But even without going into details, the regular cinnamon powder coming from the Cassia type (which is normally found in stores) has up to 63 times more coumarin compared to Ceylon cinnamon powder (source here).

That’s a lot, especially since we’re talking about something that causes liver damage! So something you definitely don’t want to have, especially in larger quantities or regularly.

Should you stop eating cinnamon if you have a fatty liver?

You actually have two options: first and easiest thing to do is to continue consuming the regular cinnamon, but in much lower quantities.

According to a study available on the US National Library of Medicine National Institutes of Health (here), the tolerable daily intake for coumarin is 0.05 mg per pound (or 0.1 mg per kg) of body weight.

So as long as you are under this amount, you should be on the safe side, although I’d keep the numbers even lower since our liver is already affected.

But putting the numbers above in practice, for a person that weighs 70 kg (155 pounds), the safe amount would be 7 mg of coumarin.

However, since a fatty liver is already with problems, I would take even more precautions and consider a maximum of 3.5mg in this case (so half the amount for a healthy person).

But even better in my opinion is switching to eating the more expensive Ceylon Cinnamon, which only contains traces of coumarin.

In other words, if you use it, you can consume much larger quantities without any health risks! Instead, you will only get the health benefits that we talked about earlier in the article.

With cinnamon having so many antioxidants, fat reducing capabilities and anti-inflammatory capabilities, it would be bad to stop having it – or have it in amounts that are too small to have any effect.

I recommend choosing organic Ceylon cinnamon if possible, in order to keep things as safe and healthy as possible. You can easily find it on Amazon, from a trustworthy source, knowing that you get the real thing and not the bad one.

These are the Ceylon cinnamon brands that I use and recommend these organic brands:

They are a bit more expensive than regular cinnamon, but not really an effort to make the switch, in my opinion. Plus, it’s totally worth it for all the health benefits!

What are the health benefits of eating cinnamon?

Both types of cinnamon – Cassia and Ceylon – are considered to have major health benefits, including for those who suffer from a fatty liver.

So the general knowledge that “cinnamon is healthy” is not wrong – it’s just that this statement usually doesn’t take the potential bad effects of the Cassia type into consideration.

But in terms of health benefits, we have a lot of good stuff here, including the fact that it reduces the blood sugar levels, it has anti-inflammatory properties and is also packed with antioxidants.

It is also considered to reduce the risks of heart disease, have beneficial effects on neurodegenerative diseases and even improve sensitivity to insulin.

All things considered, cinnamon is safe to eat if you have a fatty liver, but only if you have in mind the potential negative effects that regular cinnamon can have.

Even though the Ceylon cinnamon is more expensive, remember that it’s your life and health that you’re talking about and it might be worth spending a bit more on that – especially since we’re talking about actual medical studies that confirm this.

So your best choice is to keep having cinnamon, but the Ceylon type.

2 thoughts on “Is Cinnamon Good if You Have Fatty Liver / NAFLD?”