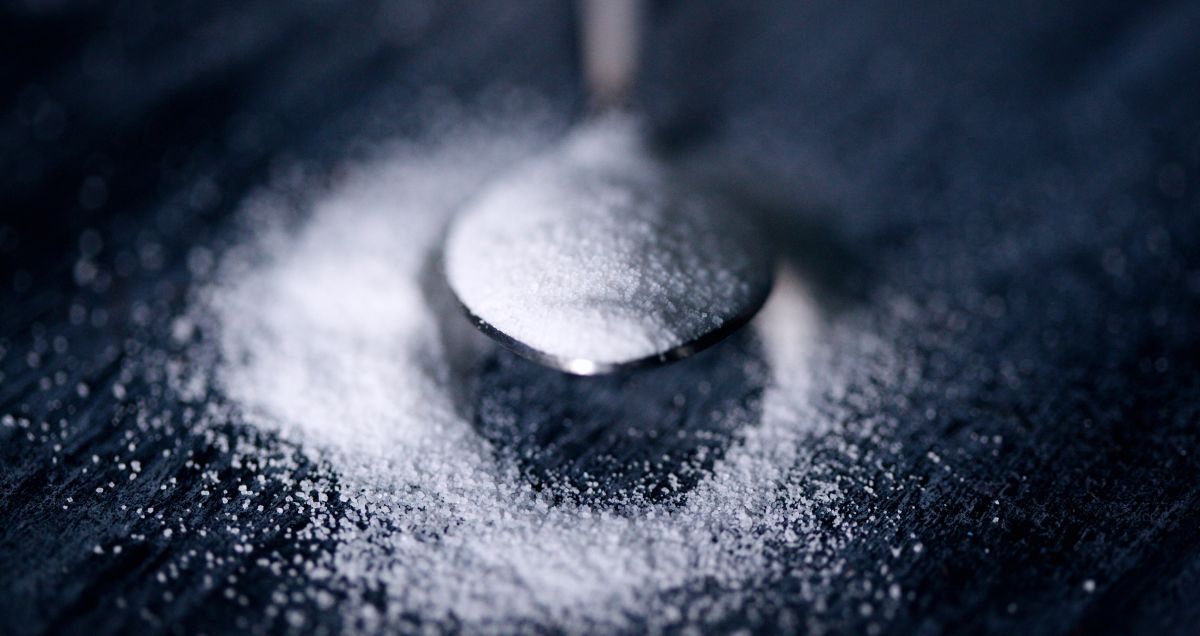 When dealing with a fatty liver and trying to cut down the sugars, you will stumble upon erythritol pretty often as a safe sugar substitute. But is erythritol really safe for the liver? We’re going to discuss this in today’s article and find out whether you should use erythritol if you have a fatty liver or not.

First of all, it’s worth mentioning that one of the most important steps when it comes to reversing a fatty liver is reducing the carb intake – and even more so the added sugars. We already talked about this in the past when I shared advice on how much sugar you should have each day and which are the best sugar alternatives for fatty liver.

And since erythritol is considered to be one of the safest sugar substitutes or alternatives – no matter if you have NAFLD or not, I decided to write an article dedicated to it.

It is a sugar alternative – one that is almost as sweet as regular sugar, but with almost no calories and no effects on blood sugar (or tooth decay). What matters most for those with NAFLD is the no calories part, which means that it also has no carbs. Sounds really good so far!

Erythritol is a sugar alcohol – but despite its name, it has nothing to do with actual alcohol, meaning that you can’t get drunk from it, nor will you get any of the alcohol’s side effects. Which is again good, as you should stop drinking alcohol if you have NAFLD.

Erythritol has been around for a long time since it is a natural sugar – it was officially discovered back in 1848 – although it started to be produced as a sugar substitute in the 1990s. In 1997, the U.S. Food and Drug Administration officially confirmed that it is safe to consume.

All in all, it has around 70% of the sweetness of the sugar, with no effect on the blood sugar levels though and with just 0.24 calories per gram (compared to 4 calories per gram from sugar). In other words, it seems to be too good to be true. Fortunately, it is not!

Is erythritol safe for the liver and a fatty liver?

I’ll get into the details below, but I will start with the answer to the question above: YES, erythritol is considered to be safe for the human body and safe for fatty liver as well. As a result, you can safely consume it as a sugar substitute as long as you don’t consume more than 0.45 grams of erythritol per pound of body weight per day.

This means that a person with a weight of 150 pounds (around 69 kilograms) shouldn’t consume more than 5 tablespoons of erythritol per day. Which is a lot and you will surely consume a LOT less – maybe a teaspoon at most.

There were actually studies made in the past and there were no notable side effects noticed. However, erythritol, like all sugar alcohols, is not side-effect free. You can experience bloating or gas and it can have laxative effects if you consume a lot of it.

But unlike most sugar alcohols, this one has the smallest risk of side effects happening and those occur only if you consume a lot of it each day. Which you should never do anyway.

Erythritol is considered a solid sugar alternative and I always prefer to get foods sweetened with it whenever possible.

Now, to get into the details and see why it is actually a good product for the fatty liver!

The main reasons are those we’ve already talked about: it has minimal calories, it won’t spike your sugar levels and it helps you keep the carbs intake as low as possible, while still being almost as sweet as sugar. In other words, you get all the benefits you normally get from sugar, without any of the cons.

Most sugar alcohols can’t be digested by our body, but things are a bit different with the erythritol, as just about 10% of it remains undigested when it reaches the colon – where it can cause the problems mentioned above like diarrhea, bloating and gas.

So out of all the sugar alcohols, erythritol is the safest and your body will most likely be able to handle up to a few teaspoons each day without any side effects.

Even more, some additional studies also claimed that it has actual health benefits: it acts as an antioxidant in the blood, protecting the blood vessels and potentially reducing the risk of heart disease.

While these studies were made on animals or very small amounts of patients, their results are still encouraging and sound amazing: something sweet AND healthy? Perfect!

While I am not a doctor, I think it can be considered safe to say that erythritol is one of the safest sugar alternatives and a good choice for those suffering from a fatty liver. It’s not just me saying that, but many scientists and doctors, basing their claims on actual studies they made over the years.

All the early evidence suggests that it is at least safe to use (if not healthy) and out of all the sugar alcohols out there, it is the one that has minimal side effects – or, better said, has to be consumed in very large quantities in order to produce these side effects.

I do know people who claim that they have the side effects – mostly bloating and gas – when consuming small amounts of it, so you should give it a try and if it causes you problems, you should stop using it. Our bodies are different and some might react to smaller quantities.

But even so, the side effects are minimal in my opinion and although diarrhea is never pleasant, nor is bloating – there are worse side effects caused by other unhealthier sugar alternatives.

I personally have no problems with it and consumed it ever since being diagnosed and after reversing my fatty liver – without any problems. So since I personally tested it and enjoyed it, I can say that it is indeed safe for fatty liver.

I do have to say that I haven’t switched to using it exclusively as a sugar substitute: I still prefer using honey or stevia for most of the time, but whenever I am in supermarkets buying foods, I look for those sweetened with erythritol instead of anything else. If I find erythritol / stevia combinations, that’s even better.

I also have some Erythritol powder at home and use it when cooking or in tea. If you’re looking to start using it at home, I recommend Anthony’s Confectioner’s Erythritol (affiliate link) as it offers good value for the money and it’s pure erythritol.

I was diagnosed with a fatty liver back in 2014 and managed to reverse it by mid 2015. I decided to share all my expertise and experience, and hopefully help you reverse your condition faster as I have never stopped dieting and learning about the fatty liver disease since.