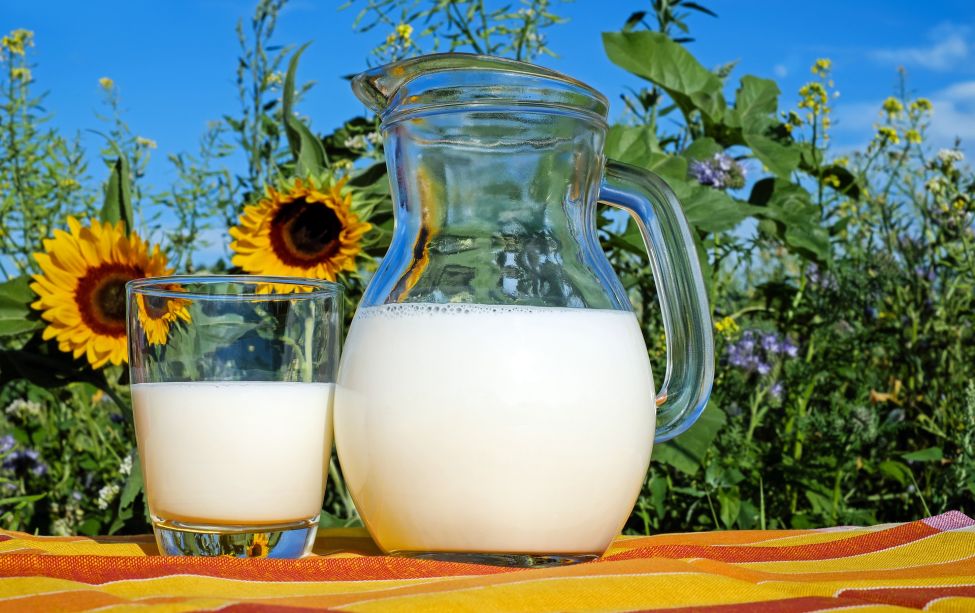 Milk is an important part of most people’s diets, but after being diagnosed with a fatty liver, the confusion begins. Are you allowed to drink milk or not?

If you drink milk, should it be full fat milk or skimmed / low fat? I’m going to answer these questions in today’s article so read on if you’re interested!

I have already touched the subject when I wrote a previous article about eating dairy with NAFLD, but focusing directly on milk and fatty liver is a must because I keep receiving questions about this – both here on the blog and the Facebook Support Group for fatty liver.

So… let’s start the discussion and find out two important things: are you allowed to drink milk with a fatty liver?

And second, should you consume full fat milk or skimmed / low fat milk when dealing with NAFLD?

I’m going to divide the article in two and approach each of the questions separately in order to make it as easy as possible to get the answers you are looking for.

Can you still drink milk with NAFLD?

There are many people, including nutritionists, who recommend staying away from dairy products if you have fatty liver. This includes milk which has some fat, some carbs and many people are lactose intolerant.

But let’s look at the numbers first and see if the fat and sugar in regular milk is really that worrysome.

According to Google and Wikipedia, here is the nutritional sheet for whole milk (with a 3.25% fat content):

The values above are for 100 grams. This means that for a cup or glass of milk (the amount most of us usually consume), we get 8 grams of fat, out of which 4.6 are saturated fat. There are also 12 grams of carbohydrates in a glass of milk.

However, things change quite a bit when dealing with low fat milk (1% fat):

This translates into just 2.5 grams of fat (out of which 1.5 are saturated) per cup, although the amount of carbs remains the same.

But looking at the other numbers, we see that 100 grams of milk also have other very useful minerals, especially calcium. It has a high content of Vitamins (B-12 and D), as well as some protein and magnesium.

In other words, we’re getting a lot more from milk than just the fat and sugars that most people look at.

And compared to most other foods out there – especially processed foods -the percentage of fat and carbs is really low in both full fat and low fat milk. Which in turn means that, based on these values, there’s no reason for you to stop drinking milk if you have a fatty liver.

We even have a study made in 2011 that found out that milk has beneficial effects, protecting the liver against NAFLD (source here, study made on rats).

However, it’s pretty much obvious that if you are to drink milk, the low fat option is much better for you since it has less fat and everything else remains the same.

Yes, the nutritional value data shows that there is no Vitamin D in low fat milk, but I am sure that’s an error and not an actual fact.

Why the hate for low fat milk when suffering from a fatty liver?

Despite the things that we’ve seen above, there are still many people who claim that low fat milk is worse than full fat one.

But if you read those articles or even studies carefully, you will see that there are some important things you have to take into account.

Many of the studies regarding the consumption of low fat milk versus regular milk find that those going with the former are usually in poorer health or eat more throughout the day.

Automatically, they find low fat milk as the main reason for that. But the truth is that it’s definitely not the case and we should look at the big picture instead.

Who drinks low fat milk and really looks at nutritional values and such? Those who already have health related problems or those who need to lose weight and try various diets (and usually fail).

However, it’s not the milk itself that is the cause of this – if you can stick to a diet and don’t overeat, low fat milk will not be harmful simply because it brings less fat to your body and lots of other benefits.

The simple fact that people drinking low fat milk are in poorer overall health is due to them already being overweight or suffering from various health problems. Even if they didn’t drink milk at all, their overall condition would still be poor.

Also, many claim that the low fat milk is not healthy because it is processed. Well… guess what? Full fat milk is processed as well because the fat contents must be the same in all bottles of milk sent to all stores in the country.

Cows (or whatever animals are giving that milk) won’t all deliver it with the same amount of fat, every day of the year.

So the “full fat” milk has to be processed as well in order to meet the nutritional info on the label. In many cases, the actual amount of fat in regular milk is higher than the standard 3%.

However, in both cases, this processing is not harmful to the health benefits of the milk itself as they only add or remove extra fat from it and use no preservatives or chemicals in the process. You can find out more here.

Finally, some claim that low fat milk is unhealthier because extra sugar and other bad things are added to it in order to make it tastier. But this is not a rule.

All you have to do is simply read the list of ingredients: if it’s only milk listed there, then you are safe to drink it. If it has sugar and other stuff, just look for a different brand!

Low fat milk is not unhealthy because companies decide to add sugar to it – just don’t drink that milk!

Full fat milk would be just as unhealthy. Water becomes unhealthy if you add sugar to it – but this doesn’t mean that otherwise it’s bad for you.

Based on my own experience and after having reversed my fatty liver, I would say that you shouldn’t stop drinking milk if you have NAFLD.

There’s absolutely no reason to go for full fat version of it, unless you prefer the taste better I personally drank (and still drink) low fat milk since being diagnosed and I have reversed my fatty liver in the mean time. I am sure that not because of this, but it certainly didn’t do any harm.

So unless you have other problems that milk causes you (like being lactose intolerant) and you usually drink milk, I think you can continue to have it.

In my opinion, this whole thing is extremely simple: low fat milk has fewer calories and less fat, while preserving almost the same nutritional values of full fat milk. So there is absolutely no reason to go for the latter!

But even if you decide to choose it, drinking a cup per day shouldn’t be a big problem. Just keep an eye on those calories, fats and carbs and make sure you don’t overeat at the end of the day!