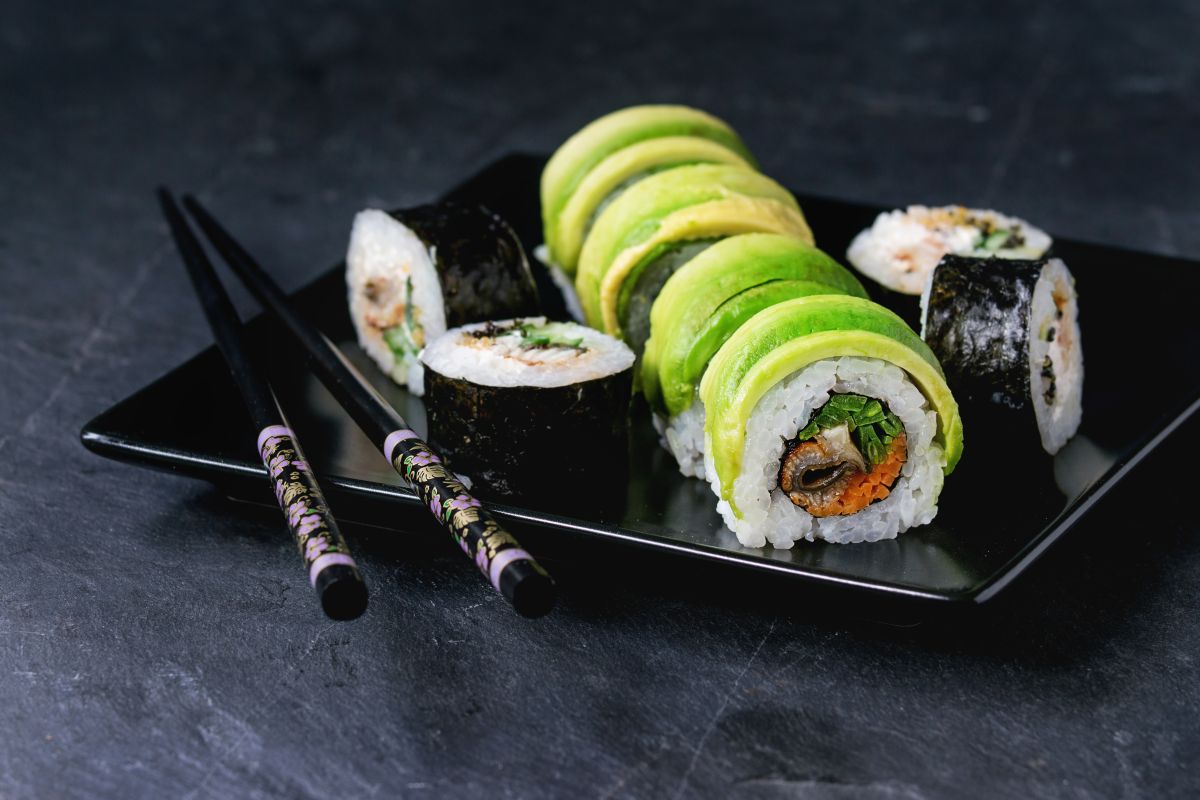 Sushi is a dish consisting of cooked rice served with raw fish and vegetables. While there has been no conclusive evidence of negative health effects of eating sushi for healthy individuals, some people might find it difficult to eat the popular Japanese food if they have fatty liver disease.

Even though it does have fish – which is usually considered a healthy option for NAFLD – as well as some sort of vegetables, the main ingredient remains the rice. And this is something that people suffering from a fatty liver should stay away from.

Why you shouldn’t eat sushi if you have a fatty liver?

Sushi contains lots of proteins and vitamins that can help rebuild the liver. However, sushi is not recommended for those with a fatty liver because of the high carbs content given by the rice used in preparing it.

Those with a fatty liver need to eat healthy foods in order to maintain a good quality of life and reverse their condition.

However, there might be some potential workarounds (most likely home-made) that would allow you to eat sushi if you really, really want to.

And those workarounds would involve you preparing the sushi with brown rice or whole rice, opposed to the traditional (and highly processed) white rice.

Sure, the taste will be different and even the consistency will be different… but it will be safer for the liver and therefore a good trade-off if you really need to eat sushi, despite your health problems.

How much rice should you eat?

Those with a fatty liver need to limit their daily intake of carbs. In order to do this, you should skip on eating white rice completely. However, not all rice is bad, just as it is the case of eating chicken, for example, or even bread with fatty liver.

A study published in the journal Hepatology found that eating brown rice for three months reduces fat deposits in the liver by 30%.

Brown rice is a good substitute for white rice because it contains the whole grain – the fiber, germ and bran – which prevents constipation, is more nutritious and most importantly, is absorbed slower, not causing a major spike in sugar levels in our body.

White rice, on the other hand, is digested too quickly, causing a spike in blood sugar levels.

Also, when the white rice is processed, most of the nutritional value found in brown rice (vitamins, minerals and fiber) is also lost.

So even though white rice and brown rice have a similar amount of carbs, the latter is the better choice for those suffering of a fatty liver.

How to make sushi healthier for the liver?

Apart from switching the white rice to brown rice, which is the most important step one can take to make sushi healthier for fatty liver, here are a few other things that will make it a healthier option if you have NAFLD:

– Use high quality fish, with Omega 3 fats (which are healthy) – like Tuna or Wild Salmon.

– Eat more vegetables with sushi (a salad, for example, or use them as a side-dish).

– Drink green tea as an alternative to alcohol for your meal. Green tea is also known for its beneficial effects over the liver.

How much sushi can you eat if you have fatty liver?

If you still want to eat sushi with a fatty liver, remember that moderation is key. Limit your intake to one time a week.

I love sushi and I still had it (most of the times with white rice, I have to admit that too!) but sparingly – maybe once a month. And I ate way less than I would normally do.

So don’t overeat. It is advisable to limit your sushi intake to one roll (6-8 pieces) per meal, trying to take into account all the recommendations above to make it healthier overall.

If you can eat even less (and only sparingly), it’s even better. But never eat more!

Even though sushi should be avoided if you have a fatty liver mainly because of the high carbs contained in the white rice, you can still have it every now and then, in smaller amounts.

If you can make your sushi at home and replace the ingredients to heathier alternatives (mainly switching the white rice with brown rice), it’s even better.